A Conlang based on id Software's Doom Eternal

this page is a work in progress/rough draft. woops!

I was dissatisfied with Doom Eternal's haphazard expansion of the Argenta language and treatment (or non treatment) of different languages across the written in game lore and cutscenes, and, after acknowledging that that's OK (not everything has to be consistent, and are you really playing Doom for the attention to the lore?), I decided to fill that gap for myself anyway by scraping together every canonical example of the Argenta language, deconstructing them, and using the conlang creation tool Vulgar to construct a dictionary consistent with the bits of Argenta seen in game.

Research included scouring the in game lore codex and running tracks from the OST through vocal isolation filters and transcribing the words as best as I could hear them. it would have been nice to have the actual sheet music shown in the mick Gordon vid, but whatever. 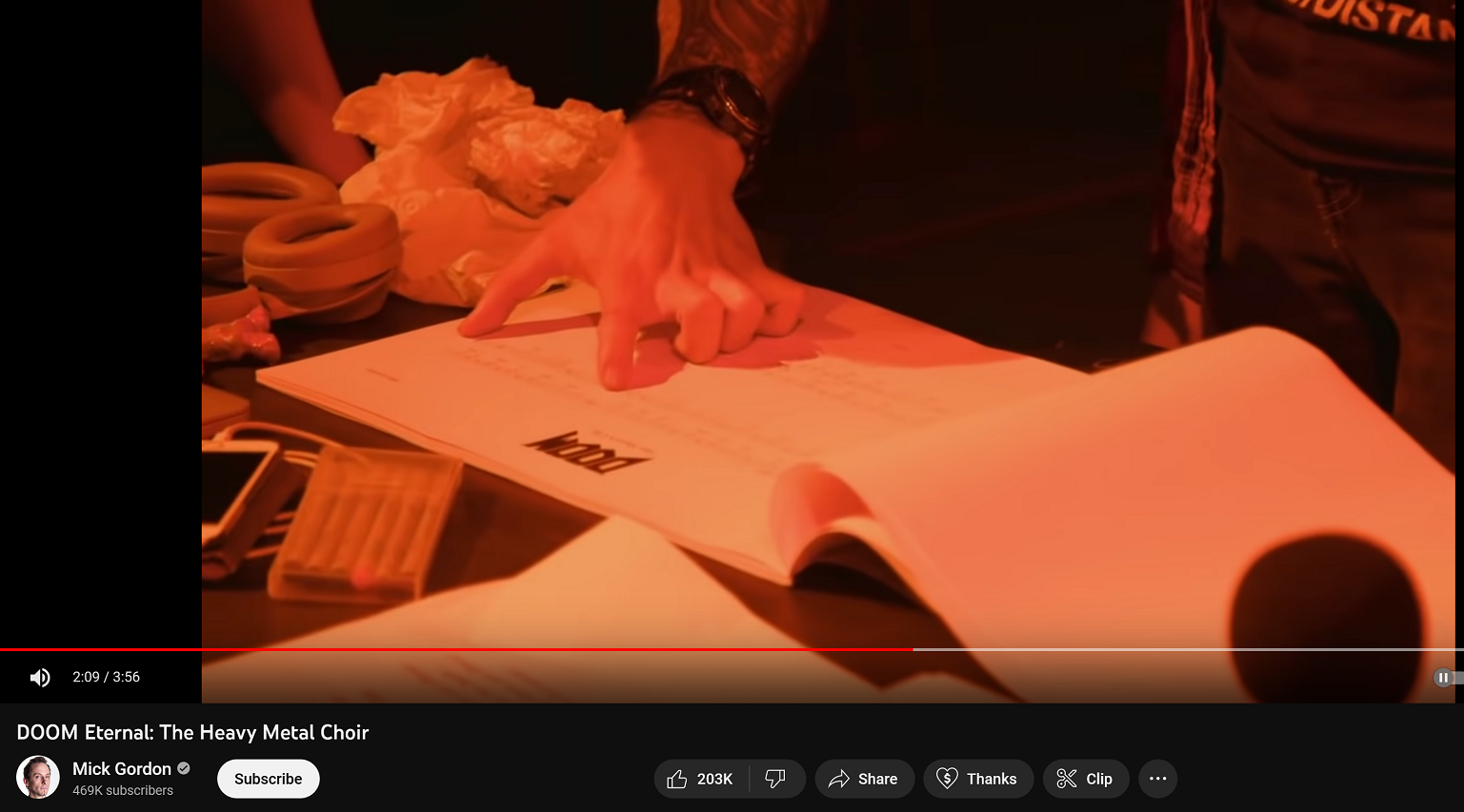 last night I dreamed I held you in my arms... 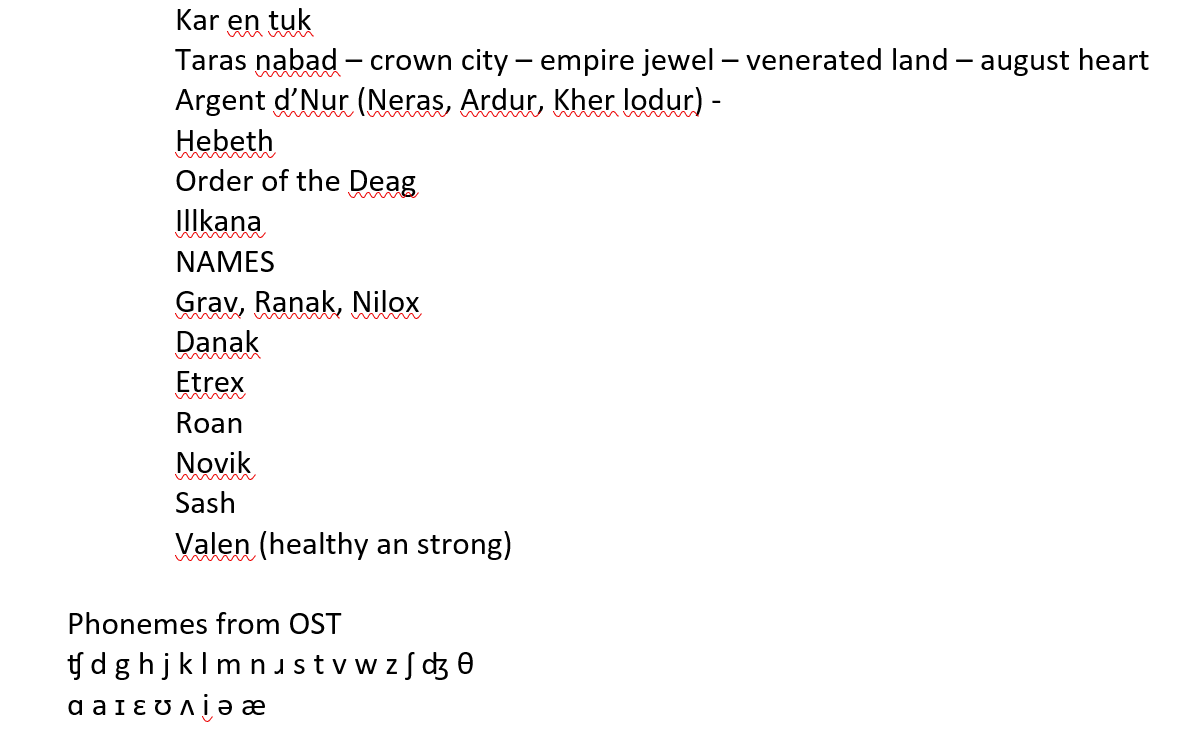 I used Vulgar's very comprehensive and easy to use International Phonetic Alphabet glossary to make sure that I was translating the sounds as they sounded, and not as I was trying to get across in English. Once I had assembled my known canon words from the Codex, assigned meanings to words without them, and my collection of consonants and vowels as written in IPA, I fed them into Vulgar and massaged the spelling, syllable, grammar, and consonant cluster settings until something good began to emerge.

One of my goals for Argenta was to maintain a cadence that an English speaker could begin to grasp easily with some written exposure. (this is also in line with the canonical scraps, which are quite graspable to English speakers already.

Game lore holds that all people on earth are descended from the Argenta people, so I spent some time researching proto-indo-european. I didn't end up using anything PIE, but I learned that Far Cry Primal used PIE to create their own game's conlang and dialects. Neat!

pics of conlang in action... translated memes and poetry

footnote about treatment of language in doomy ternal